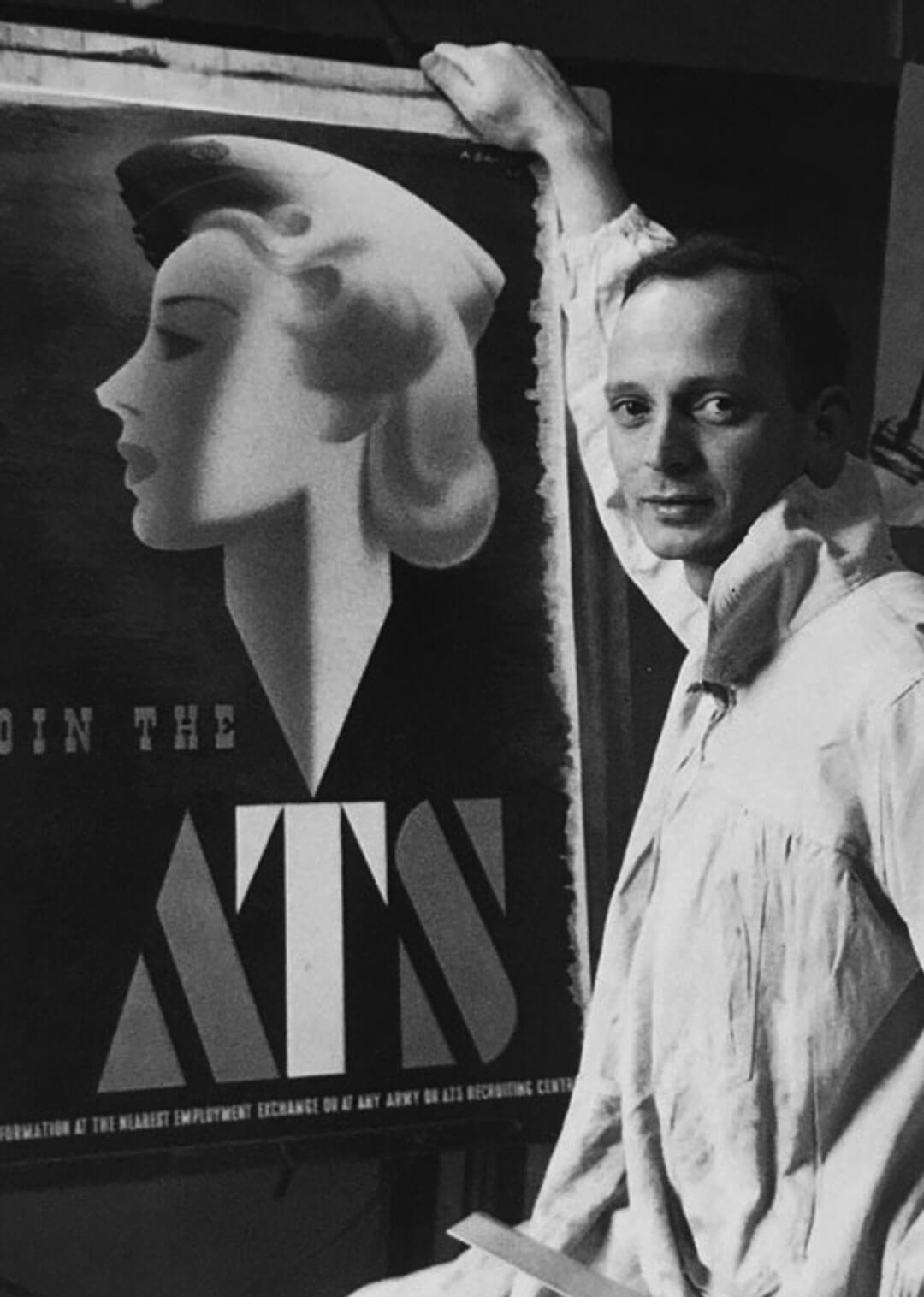 At the beginning of 2015 I was lucky enough to see the Designing the 20th Century: Life and Work of Abram Games exhibition at the Jewish Museum in London.

The exhibition celebrated the 100th anniversary of his birth and showcased his contribution to British design. It included early paintings as well as his most famous poster designs. Prior to the exhibition I had only seen his posters, but was really impressed by the portraits of his family, in particular of his Grandmother.

Games was born in Whitechapel, London in 1914. His father had emigrated to Britain in 1904, and was a Latvian photographer, while his mother was a seamstress born on the border of Russia and Poland. Games began studying at Saint Martin's School of Art in London but the cost of the tuition meant he had to leave shortly after beginning.

Determined to create posters for a living he quickly got a job at commercial design company Askew-Young as a 'studio boy'. In 1935 he won the London County Council poster competition and for the following 5 years worked as a freelance designer. He gained high profile commissions for the General Post Office and London Transport. 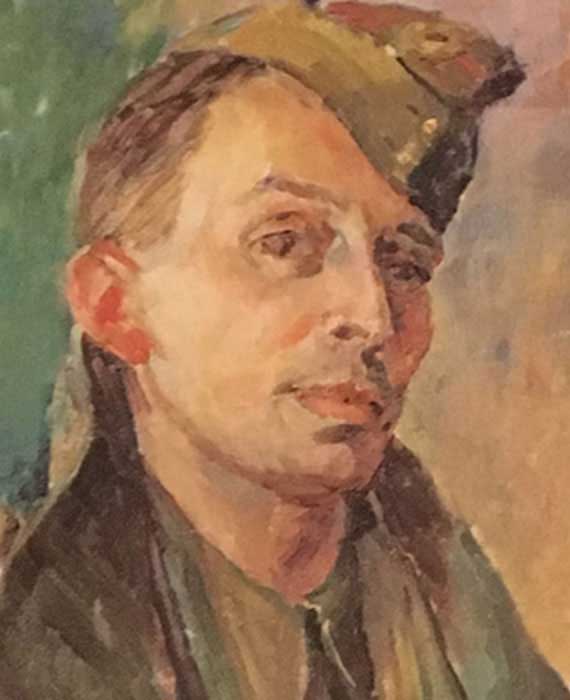 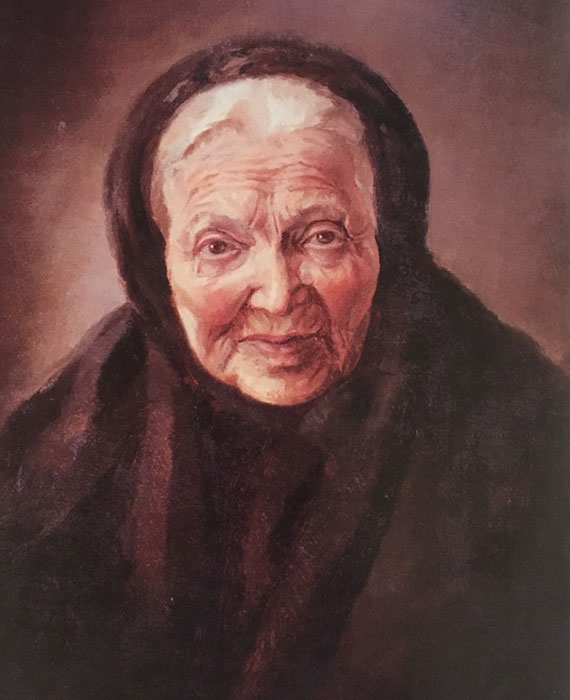 Games served in the army until 1941 when he was approached to work as a graphic designer for the Public Relations Department of the War Office. He accepted and from 1942 was the official war artist. He was given a lot of creative freedom and in his time as war artist he produced over 100 posters.

Some of his posters had dark and direct messages such as the 'Your Talk May Kill Your Comrades' poster shown below. The circle represents the soldiers' words, that turn into a dagger shape which kills other soldiers, effectively creating a strong symbol. 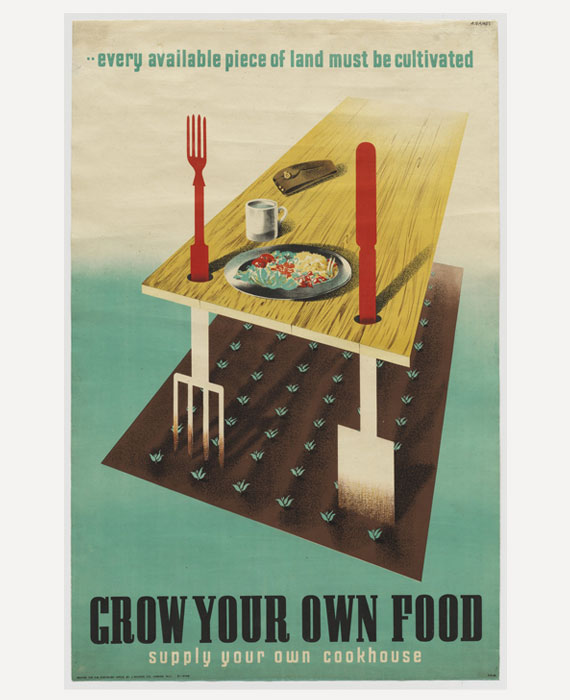 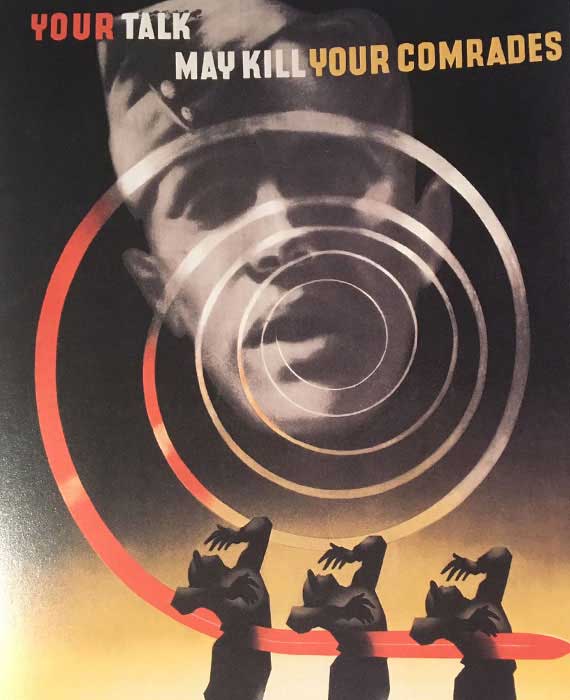 Your Talk May Kill Your Comrades, 1942

After the war ended Britain was still in a state of social and economic reform, and the nation needed something to lift its' spirits. The Festival of Britain was intended to be a 'tonic for the nation' showcasing the best of British graphics, textile and furniture design. London's South Bank was the venue and more than 8.5 million people visited.

Games created many of the posters used to advertise the event, incorporating heraldic imagery, and angular geometry to create a modern portrait of the nation. 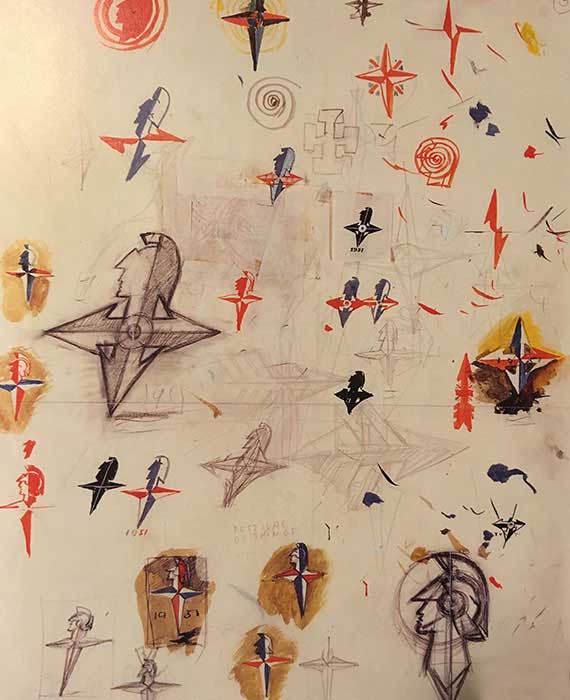 The Festival of Britain logo scamps 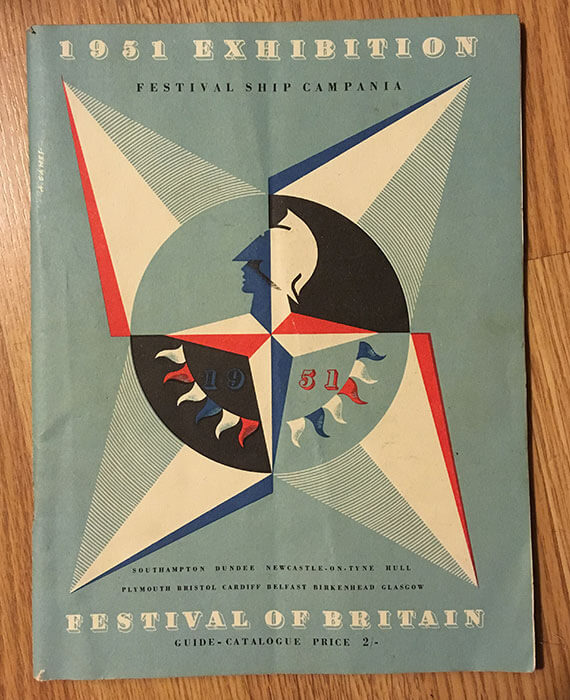 The Festival of Britain programme cover

His work is simple in execution often using minimal imagery and strong typography but portraying thoughtful messages. He believed that hard work was needed to create brilliant design rather than only inspiration, as he summarises here:

“Break all the rules providing you break them successfully. When you've finished the job and consider it well done, start again.”

The exhibition contained many of Games' best posters as well as some beautiful paintings of his grandmother and a self-portrait. These paintings in particular were wonderful to see as I wasn't aware he was such a great fine artist. 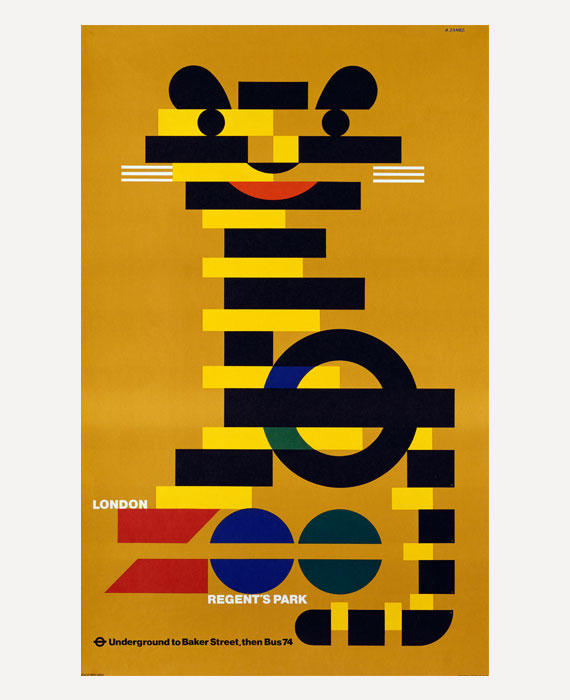 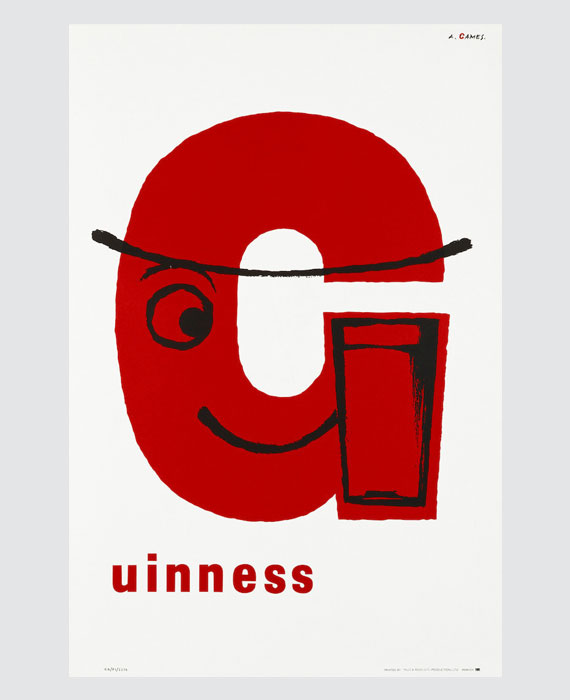 The London Zoo poster, as shown above, was the last poster Games created for London Transport, and was later used as a commemorative stamp for the underground’s 150th anniversary. The poster cleverly incorporates the London Underground logo as part of the tiger's body.

Overall, the exhibition was a great tribute to a fantastic designer. See more about the Jewish Museum on their website﻿.